♦ The Wonder of it All: Christian Philosophy as a Way of Life (Baker Academic, 2022)

♦ The Contour of Reality: An Invitation to Metaphysics (Tentative Title, Forthcoming in the  Questions in Christian Philosophy Series, IVP Academic)

Philosophy, which means “the love of wisdom,” asks such questions in its pursuit of knowledge and understanding of all facets of life: existence, knowledge, ethics, art, and more. But what does it mean for Christians to pursue wisdom when Scripture affirms that the crucified and risen Christ is “the wisdom of God” (1 Cor. 1:24)?

IVP Academic’s Questions in Christian Philosophy (QCP) series seeks to help readers in their pursuit of wisdom from a Christian perspective by offering introductory textbooks on the various branches of philosophy. Designed for students with little or no background in the discipline, this series draws upon experts in the field and lays a solid foundation for further phli

♦ Substance and the Fundamentality of the Familiar: A Neo-Aristotelian Mereology (New York: Routledge, 2018) 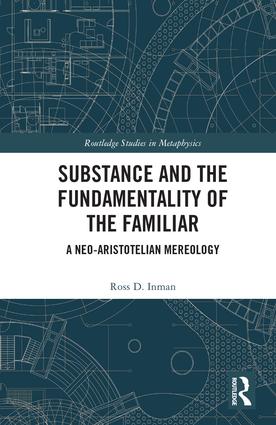 Book Synopsis: The central aims of Substance and the Fundamentality of the Familiar are to (a) examine and defend a classical, Aristotelian account of the nature of substance against mechanistic-reductionistic alternatives, and (b) to explore the implications of these metaphysical views for the nature of human persons and agency.

Journal of Biblical and Theological Studies

♦ “Grounding and Participation in God”, Forthcoming in Neo-Aristotelian Metaphysics and the Theology of Nature (Routledge), edited by Robert Koons, James Orr, and William M. R. Simpson. 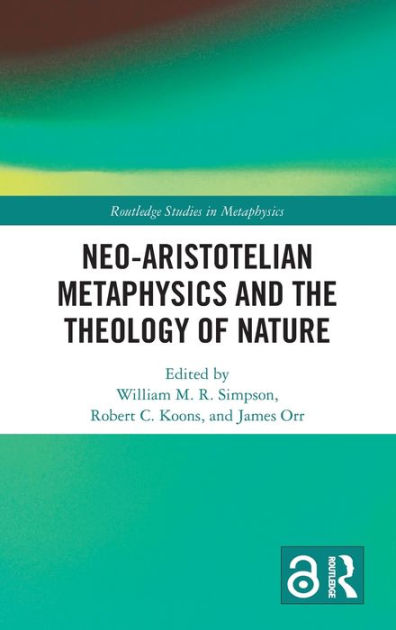 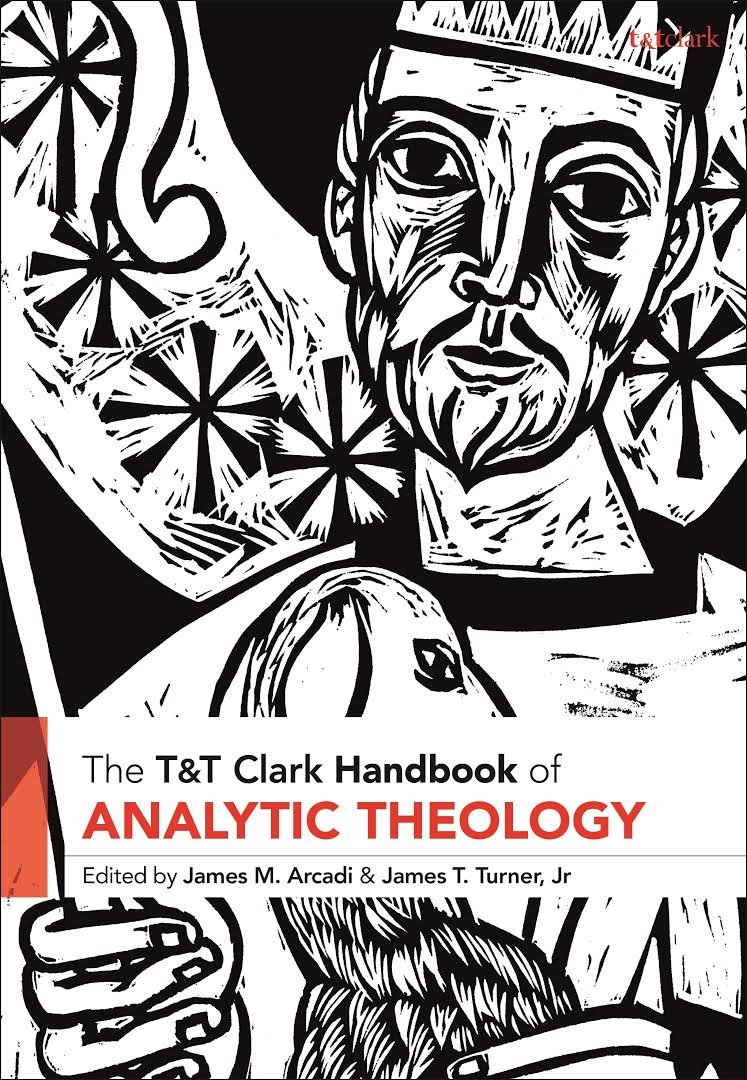 My aim in this paper is to explore the irreducibly second-personal dimension of theological inquiry. In the first (and longest) section I aim to sketch a component of a larger ontology of Holy Scripture, one that I argue is indicative of a second-person dimension to Holy Scripture, namely Scripture as divine speech or address. And if Holy Scripture as the principal ground of dogmatics is irreducibly second-personal at some level, then arguably the dogmatic task ought to be carried out in the manner of interpersonal relatedness to God, what I call “prayerful dogmatics”. In section 2 I highlight some historical reflections from the work of Karl Barth on the inseparability of dogmatics and prayer. And I conclude in section 3 by exploring how the notion of prayerful dogmatics can serve as a guardrail that keeps the theological life properly theological and thereby formational (2 Cor. 3:18). 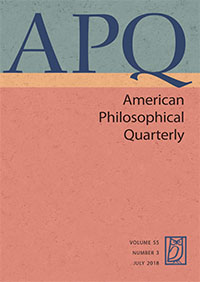 Our aim in this paper is to bring to light two sources of tension for Christian theists who endorse the principle of unrestricted composition (UC), that necessarily, for any objects, the xs, there exists an object, y, such that the xs compose y. In Value, we argue that a (concrete) composite object made of wholly valuable parts is at least as valuable as its most valuable part, and so the mereological sum of God and a wholly valuable part would be at least as valuable as God; but Christian theism arguably demands that no concrete object other than God can be as valuable as God. And in Creation, we argue that the conjunction of theism and unrestricted composition, together with the claim that every concrete entity that is numerically distinct from God is created by God, implies that God is created by God. We conclude by examining the prospects of restricting the thesis of unrestricted composi- tion to the domain of material or spatiotemporal objects as a way to sidestep the above arguments against the conjunction of Christian theism and unrestricted composition.

♦ “Beholding the Face of the Hidden God: Assessing the Argument from Divine Hiddenness for Atheism”, Southwestern Journal of Theology (2018) 60:2

♦ “Against Constitutionalism” in The Blackwell Companion to Substance Dualism, edited by Jonathan Loose, Angus Menuge, and J.P. Moreland.

I outline and critically interact with the brand of constitutionalism about human persons defended by Lynne Rudder Baker (Baker 2000, 2007, 2013). 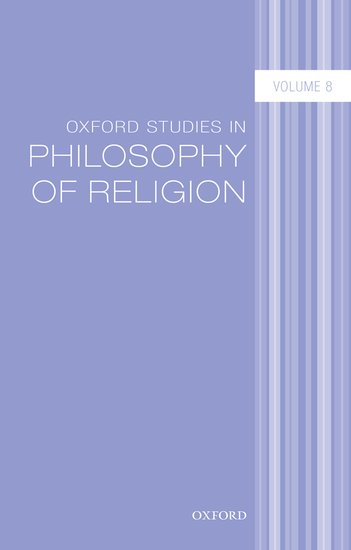 I first offer a broad taxonomy of models of divine omnipresence in the Christian   tradition, both past and present. I then examine the recent model proposed by Hud Hudson (2009, 2014) and Alexander Pruss (2013)—ubiquitous entension—and flag a worry with their account that stems from predominant analyses of the concept of ‘material object’. I then attempt to show that ubiquitous entension has a rich Latin medieval precedent in the work of Augustine and Anselm. I argue that the model of omnipresence explicated by Augustine and Anselm has the resources to avoid the noted worry by offering an alternative account of the divide between the immaterial and the material. I conclude by considering a few alternative analyses of ‘material object’ that make conceptual room for a contemporary Christian theist to follow suite in thinking that at least some immaterial entities are literally spatially located when relating to the denizens of spacetime.

An oft-repeated dictum in contemporary epistemology is that the epistemic goal minimally includes the acquisition of true beliefs and the avoidance of false beliefs. There is, however, a robust epistemological tradition in the Christian West that distinguishes between a virtuous and a vicious desire for and pursuit of cognitive contact with reality. The cognitive ideal for humans consists (in part) in epistemic temperance, an appetite for and pursuit of truth that is conducted in appropriate measure, and calibrated to appropriate objects and ends. Here I explore this rich Christian tradition with an eye toward its application to contemporary Christian philosophy.

Plenitude, roughly, the thesis that for any non-empty region of space- time there is a material object that is exactly located at that region, is often thought to be part and parcel of the standard Lewisian package in the metaphysics of persistence. While the wedding of plentitude and Lewisian four-dimensionalism is a natural one indeed, there are a hand-full of dissenters who argue against the notion that Lewisian four-dimensionalism has exclusive rights to plentitude. These ‘pro- miscuous’ three-dimensionalists argue that a temporalized version of plenitude is entirely compatible with a three-dimensional ontology of enduring entities. While few would deny the coherence of such a position, and much work has been done by its proponents to appease critics, there has been surprisingly little by way of exploring the various forms such an ontology might take as well as the potential advantages of one plenitudinous three-dimensional ontology over another. Here I develop a novel form of plenitudinous three-dimensionalism, what John Hawthorne (Metaphysical essays, 2006a, b) has called ‘‘Neo-Aristotelian Plenitude,’’ and argue that if one is inclined to endorse an abundant three-dimensional ontology, one is wise to opt for a plenitude of accidental unities.

I argue that a reoccuring objection to de re essentialism in the philosophy of biology–the view that organisms are essentially members of their biological species–is deeply flawed as it exhibits a de re/de dicto modal ambiguity.

One notable area in analytic metaphysics that has seen a revival of Aristotelian and scholastic inspired metaphysics is the return to a more robust construal of the notion essence, what some have labeled “real” or “serious” essentialism.1 However, it is only recently that this more robust notion of essence has been implemented into the debate on truthmaking, mainly by the work of E.J. Lowe. The first part of the paper sets out to explore the scholastic roots of essential dependence as well as an account of truthmaking for accidental predications in terms of accidents. Along the way, I examine the dialectical role the possibility of separated accidents in the Eucharist play with respect to developing a scholastic account of truthmaking as essential dependence. I conclude by utilizing Aquinas’s hylomorphic ontology to suggest a new way forward for an essentialist account of truthmaking.

It is a common assumption in the metaphysics of time that a commitment to presentism entails a commitment to serious presentism, the view that objects can exemplify properties or stand in relations only at times at which they exist. As a result, non-serious presentism is widely thought to be beyond the bounds for the card- carrying presentist in response to the problem of cross-temporal relations. In this paper, I challenge this general consensus by examining one common argument in favor of the thesis that presentism entails serious presentism. The argument, I claim, begs the question against non-serious defenders in failing to account for their wider metaontological views concerning non-committal quantification.

“Prayerful Dogmatics”, Given at Fuller Theological Seminary for the Analytic Theology for Theological Formation Project (Directed by Oliver Crisp)

“You Are Fundamental”, Given at the 2017 Annual Meeting of the Evangelical Philosophical Society, Providence, Rhode Island